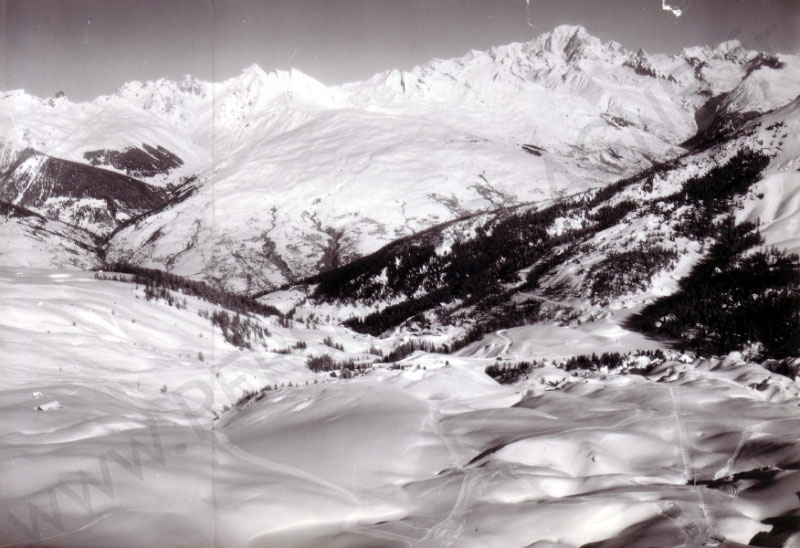 The 1960’s witness the decline of the agricultural and mining activities which lead to the desertification of the valley. Villages decided to unite themselves around a common project which was led by Aime’s mayor, Doctor Borrione.

Thus, in 1961, La Plagne was created to boost the economy of the valley through winter sports. Then the future ski resort La Plagne centre opens on December 24th 1961 with two ski tows and four slopes. It encountered immediate success thanks to the ski champion Emile Allais advices. In 1966, Guy Lux (a famous broadcaster) presented his show « Interneige » from La Plagne.

The development of the ski resort starts.

Thanks to this both French and international growing interest, new ski resorts will be soon created nearby: 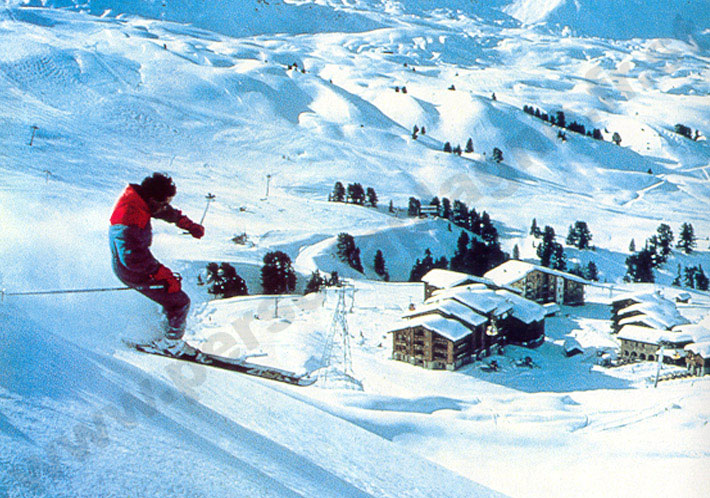 That very same year, Le Matafan restaurant, situated in the Agathe residence (it will then be transferred to our actual location) gets involved in the creation of the ski resort and its businesses with the first owners Dominique and Alain Cressend.

In our current premises, in the early 80’s the restaurant has been called « Le Vieux Tyrol », then « Chez Moustache » and finally in 1997, it became « Le Matafan » named which is now linked to the history of Belle Plagne.